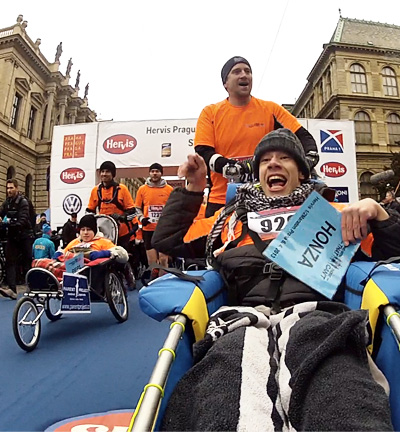 Filmmakers Paul Dean and Kristyna Balaban were only planning on filming a single race when they first met Scott Keel and his friend Jan (Honza) Holna. But once they heard their amazing story, everything changed. Hope, friendship and triumph rarely align to create tales as inspirational as this and it kept the cameras rolling for far longer than had been intended. The result is a documentary about how two friends motivated each other to go further than they ever thought possible and ultimately reshaped the way people see disability.

When Scott first met Honza, neither of them were particularly sporty. Jan was a huge fan of chess and horse riding, but, having been born with Cerebral Palsy, participating in a race had never occurred to him. Scott had come to Prague from the USA to study medicine and, although not an experienced runner, wanted to challenge the assumption that a marathon was only for able-bodied athletes. When he shared his dream of teaming up with Honza to complete the Prague Marathon together, a mutually transformative friendship was born.

For their first race, Scott's charity, Running With Those That Can't, had only eight runners and two donated specialized strollers. Just four years later, 150 competitors ran with twenty physically and mentally challenged athletes, galvanizing people all over the world. Approaching Scott’s graduation and return home, the film follows both men as they take part in their final marathon together and reflect on a revolutionary idea that changed them – and many others – forever.

The Road Less Run is a highly uplifting story about athletes, aspiration and the extraordinary abilities that are revealed when a community learns to replace the word 'can't' with 'can'. 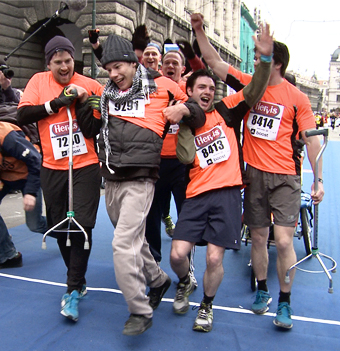 For three years, with courage, tenacity and sweat, Scott and Honza have fuelled a revolution in perception. This year, they will compete in another marathon as a team. “Everything,” Scott says, “can be accomplished, if you do it together.” Now, as more people begin to witness amazing new horizons of human potential, the idea is catching on.‘The Road Less Run’ is the incredible true story of how one dream broke down barriers, changed an entire community and inspired people all over the world.

Medical student, Scott Keel, is about to run his last marathon in Prague, but the charity he founded is just getting into it's stride. As director of Running With Those That Can't, he has witnessed a simple idea become a life-changing force for hundreds of people in just four years. What began as a way in which to make marathon events more inclusive, has motivated many communities to change the way they see disability.

For RWTTC's debut race, just eight people pushed two disabled athletes in specialised strollers. This year, in an unprecedented turnout, more than 160 athletes are involved. And Scott's idea is spreading. Marathon's all over the world are getting involved as the old walls of perception begin to crumble.

Scott may have had the dream, but his friend and first recruit, Jan (Honza) Holna, is helping him make it a reality. Cerebral Palsy has always presented Honza with all kinds of challenges, but in being given the opportunity to take part in marathons, he has amazed everyone by showing them just how much he is capable of. Going the distance with Scott, Honza gives him the strength he needs to keep going and, by his example, encourages many others to join them.

It's difficult to calculate how many lives have been changed by the charity's success. Disabled athletes who had never before been given the chance to be part of something so actively liberating and exciting, make believers of their friends, family, teachers, carers and doctors. Time and again, through inspirational acts of will, ability rises above disability. One dream has brought two communities together to compete in a sport that has traditionally kept them apart and in doing so, continues to open minds and touch hearts.

This year, as Scott graduates and prepares to return to his native United States, Honza wants to mark the occasion by doing something he's never done before. RWTTC has challenged him to go further and reach higher and in recognition of this, just before they reach the line, he will get out of his stroller and finish the race on his own two feet.

Honza knows he won’t be walking across the finish line alone - he’ll be taking every member of an astonishing movement with him, into a future destined to inspire more lives than ever before. 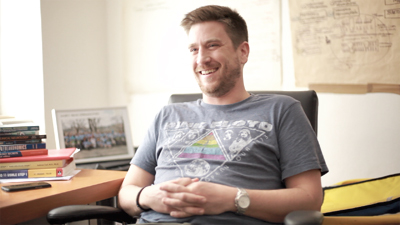 Scott is a Paediatrician living and working in Richmond, Virginia. He is the founder and former director of RWTTC. A personal and professional passion for young people with complex care needs motivated him to found the charity. He believes that inclusive outdoor activities have an enormous effect on the wellbeing of people with physical and mental disabilities. RWTTC has helped Scott build life long friendships and allowed him to experience the profound joy of giving back. 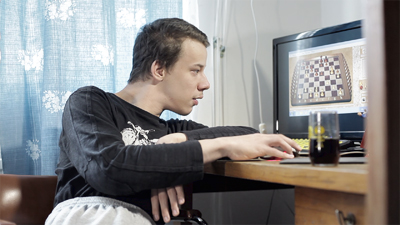 Honza was one of RWTTC’s first athletes in the Prague International Marathon. When he’s not competing, Honza goes to school, plays chess, rides horses, sees friends and attends church. He also lives with Cerebral Palsy. He has developed a lifelong bond with Scott, Petr, and the rest of the RWTTC participants which has improved his confidence and even his English skills. For Honza, race day is the best day of the year. He plans to continue competing in marathons with RWTTC. 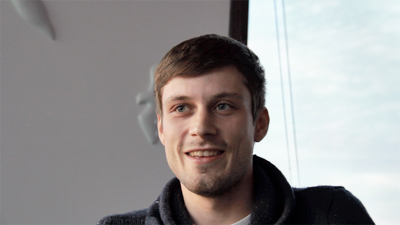 Petr is a medical doctor living and working in Prague. As Scott's best friend in Prague, he helped him set up the RWTTC charity and now that Scott has returned home, he works as director of RWTTC. Petr works tirelessly to form relationships with new athletes, connecting them with the project and bringing advocacy to issues people with disabilities face in the Czech Republic. 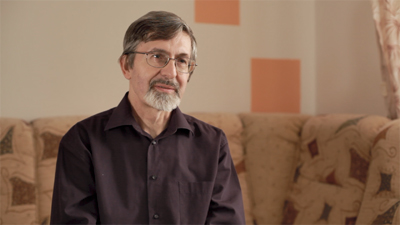 Since losing his wife to cancer, Karel, is Honza’s sole care-taker. He plays the organ at church, helps Honza with his homework and supports him in his active lifestyle. He taught Honza chess and an appreciation for all genres of music. Karel recognises the hugely positive effect RWTTC has had on Honza’s life. The impact of which has clearly strengthened the bond he shares with his son and given him an enormous sense of pride in what Honza has been able to achieve. 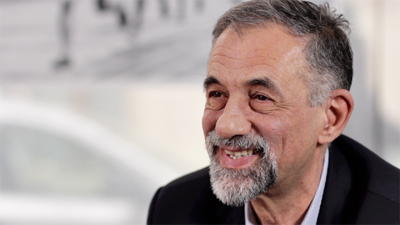 Carlo Capalbo is the founder of the Prague Marathon and President of the Organizing Committee of Run Czech. When Scott first approached him in 2009 about the possibility of including disabled athletes in specialized strollers in the Prague Marathon, he worked closely with Scott and RWTTC to include the charity in the Prague half marathon. He saw the project as beautiful, well done, well managed and above all as a perfect attempt to give an opportunity to kids who are not as fortunate as others to participate. 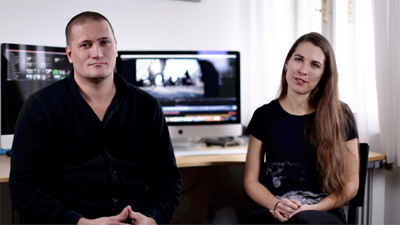 Paul is an English filmmaker based in Prague. He has worked in the film industry for over ten years and has written and directed numerous short films, music videos and commercials, as well as acting from time to time. The Road Less Run is his first documentary feature. 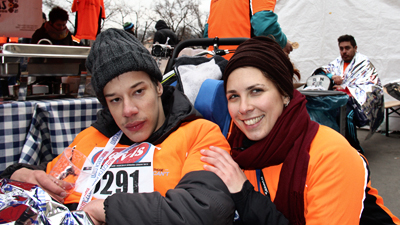 Kristyna is a Czech-Canadian documentary filmmaker and interdisciplinary media artist from Toronto, Canada. A graduate from Ryerson University’s MFA Documentary Media Program, Kristyna now lives in Prague where she works for the Institute of Documentary Film and on her own projects. 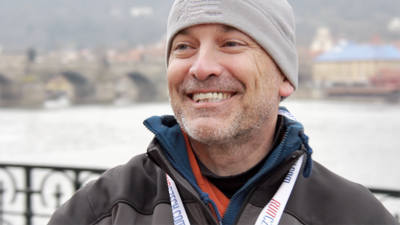 Dean is an entrepreneurial businessman with more than twenty years experience in the academic publishing industry. He discovered marathon running at the age of forty and RWTTC soon after. His friendship with fellow Virginian, Scott Keel, inspired his ongoing passion for the charity and it’s work. 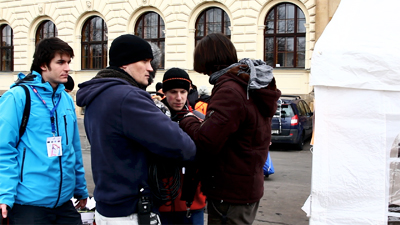